7 Most Beautiful Airports in India

By MasonJanuary 2, 2023No Comments3 Mins Read 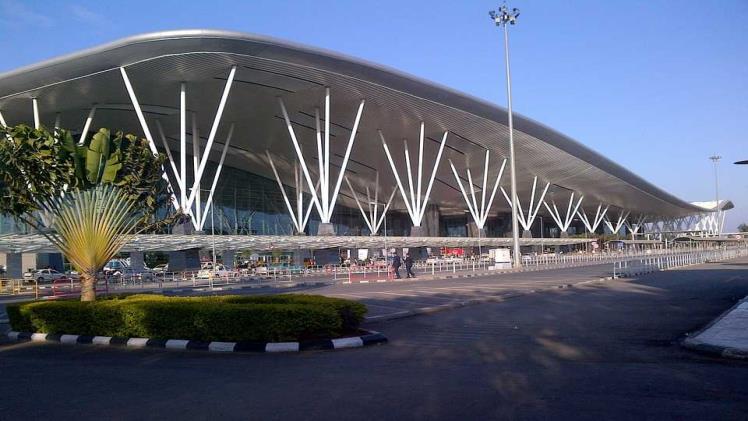 Travelling in itself is a fun-filled adventure, and it starts right from the boarding. The airports of India, with their destressing spa outlets, delicious foods and several shopping options, render an unparalleled experience for both domestic and international travellers. Furthermore, some airports cut beautiful pictures with scenic landscapes in the backdrop.

Following is a list of Indian airports that have their distinctive charm and cater to a remarkable number of tourists all year round. So, read on.

Kushok Bakula Rimpochee Airport in Leh lies 3256 metres above the mean sea level and is considered one of the world’s highest airports. It is surrounded by the majestic mountains of the Great Himalayan range, which is a treat for sore eyes. The famous Spituk Monastery also lies in the vicinity of the airport. Regular flights operate from the airport to different cities like Chandigarh, Srinagar, J&K, Mumbai and Delhi.

It is a customs airport located 2 km from Port Blair, also known as Port Blair Airport. The airport, surrounded by evergreen forest and deep blue ocean, is the perfect sojourn for all nature lovers. It also has some beautiful resorts nearby, making this airport an aesthete’s paradise.

Gaggal or Kangra Airport in Himachal Pradesh sits in the lap of the Himachal range. It is located at an altitude of 2492 feet, spreading over 1269 acres. With Kangra and Dharamshala located nearby, the airport is easy to reach. Gaggal Airport is crucial for travellers visiting the Great Himalayas, and flights operate to and fro from Chandigarh and Delhi. It is one of those airports in India where you experience whispering cold winds and absolute silence.

Delhi, or Indira Gandhi International Airport, is one of India’s busiest and largest airports. The airport is luxurious and eye-catching, and with the addition of T3, it has carved a niche for itself. It is built across 5106 acres of land, has six terminals and is located 16 km from the city centre.

Srinagar International Airport is one of the coveted international airports in India. It overlooks the mesmerising hill stations and lush green environs of the city. The beautiful environment is co-owned by AAI and Indian Air Force. The asphalt runway and integrated terminal are the major highlights of this airport. It caters to Bangalore in South India and some important airports in North India.

Nested in the lush mountains in the Northeast, the view you are greeted with as soon as you reach the Lengpui Airport is unparalleled. Also, several hilly streams run underneath the airport, which makes the airport pretty special. Lengpui airport is 32 km from Aizawl and connects the Northeast to the rest of India.

Agatti Airport connects Lakshadweep to Kochi and Bangalore. The airport is encircled by blue waters on all sides and is operated by the AAI. The terminal can handle a maximum of 50 people at peak hours. It is the only airstrip running in the archipelago off the Southwest coast of India. It means you get a splendid panoramic view of the island on your departure and arrival.

With the rise in air traffic in the country, the quality of Indian airports has amped up. So, take a look at some beautiful airports and include them on your bucket list as you plan your next holiday. Plus, if you have moments to spare, take a look around the airports and explore the cities differently.

How to Travel Solo in Paris