The Various Uses of CBC Isolate 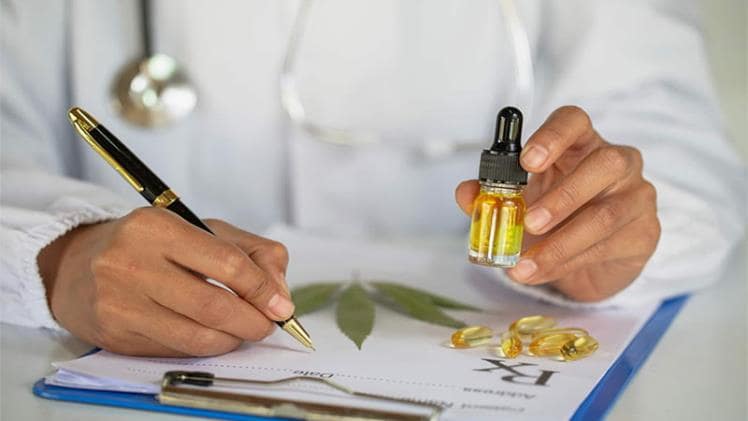 CBC is a non-psychoactive cannabinoid found in cannabis. Unlike THC, it does not produce a “high” and does not bind with CB1 cannabinoid receptors in the brain. Instead, CBC binds with transient receptor ankyrin 1 (TRPA1) and vanilloid receptor 1 (TRPV1). These receptors are associated with pain perception. CBC has anti-depressant and mood-elevating properties.

CBC is a non-psychoactive cannabinoid

CBC is a non-psychoactive cannabinoid isolate with potential as a natural treatment for various conditions. Its anti-inflammatory properties, the potential for use in migraine therapy, and antibacterial properties make it a promising candidate for various applications. CBC is currently available as a soluble pill, oil, and extract and has been studied extensively by scientists.

In addition to reducing pain and inflammation, CBC may help with skin problems, mood disorders, and neurodegeneration. While the cannabinoid industry is young, many companies are launching products containing CBC. However, quality and safety should be a top priority. Therefore, it is essential to look for third-party testing to ensure that you are getting a pure product.

The endocannabinoid system produces anandamide, a neurotransmitter, on demand. It is synthesized from membrane phospholipid precursors and tightly regulated spatially and temporally. Anandamide is formed by the transfer of arachidonic acid from phosphatidylcholine to phosphatidylethanolamine. It is then hydrolyzed by a protein called NAPE.

CBC is a phytocannabinoid that has been shown to reduce inflammation in the gut. This substance is essential for the healthy function of the brain and supports the body’s natural regeneration of nerve cells. It is known to increase the number of neural stem progenitor cells, vital for maintaining healthy brain function.

The anti-inflammatory properties of CBC are also linked to its ability to modulate abnormal macrophage responses. Studies have demonstrated that CBC inhibits nitric oxide production in activated macrophages. It has also been shown to limit the destruction of intestinal tissues during autoimmune diseases. This means that CBC is a promising therapeutic tool in the future for treating autoimmune diseases.

CBC isolate is a chemical compound found in cannabis that can have several benefits. For example, it has been shown to reduce inflammation in the gastrointestinal tract, thereby easing discomfort. It also stimulates the growth of new cells in the gut lining, which can help repair damage caused by inflammation. You can purchase CBC isolate from reputable UK-based websites to get a safe, high-quality supplement.

CBC is a type of cannabinoid found in cannabis. It is related to CBD and shares similar properties. It helps fight inflammation and pain and eases sore muscles and joints. However, it is best utilized when combined with other cannabinoids. This is known as the entourage effect.

Research has shown that cannabidiol (CBD) is an anti-inflammatory substance. It also stimulates neurogenesis in the brain. Researchers Shinjo and Di Marzo studied the effects of adult mice NSPCs outside the body. They found that adult NSPCs could degenerate into many different types of cells. These specialized cells are essential for brain development and recovery. By promoting neurogenesis, CBC is believed to increase the number of NSPCs.

CBC is chemically similar to other cannabinoids, such as CBD and CBN, but it possesses unique properties. CBC has anti-inflammatory and analgesic effects in a variety of animal models. Several studies have shown to reduce inflammation and inhibit rodent pain perception. Scientists are hopeful that this cannabinoid-like compound will one day be used to treat various conditions ranging from pain and inflammation to various other ailments.

CBC isolate is a chemical compound that has antiviral properties. It is a member of the cannabinoid family. Its benefits extend beyond antiviral drugs and can help fight cancer. It helps regulate gut motility and reduces inflammation, which contributes to discomfort. It also stimulates the growth of new cells in the gut, which can repair the damage caused by inflammation.

CBC isolates work by inhibiting the replication of viral particles and stimulating the production of immune cells. This, in turn, protects the body from bacterial and viral infections. In addition, CBC helps keep the brain healthy by stimulating the growth of new neurons in the hippocampus, which is responsible for memory and learning.